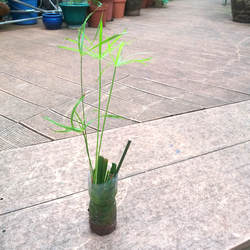 The Cyperus Alternifolius has another name that's easier to remember - Umbrella Papyrus or Dwarf Papyrus.  At the moment, it doesn't look much like an umbrella since it's still very small (more like a dwarf!) but I hope to make it grow and it should be looking more lush in a few months!

The Umbrella Papyrus is believed to be originally from Madagascar.  I wonder how it made its way to Hong Kong!  Maybe the same way Marty, Alex, Gloria and their friends made it to Madagascar from New York!  It is a cousin of the papyrus plant that grows along the Nile River.  Do you know what papyrus was used for in ancient times?

I think I will call this plant Papy for short. 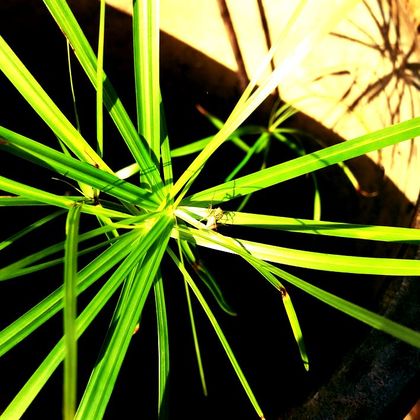 My Cyperus has a little friend!
Papy is still in the little bottle, growing roots and making friends with little bugs.  Very soon it should be ready for planting. 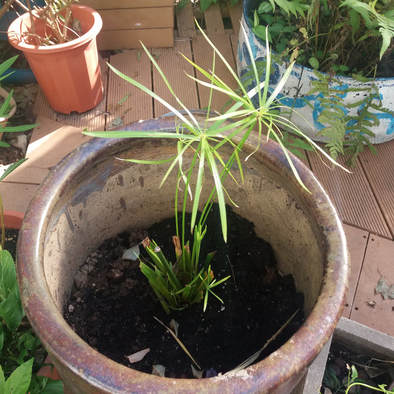 October 4
Today, the Thursday gardeners came to water the plants on the deck and the lower playground.  I checked out Papy and it looked like it was ready to be planted in soil.  I took it out of the plastic bottle and planted it straight into the thick, wet compost.  It looks happy in its big beautiful pot.  Now it will have lots of space to grow ... and hopefully won't be a dwarf for much longer!